immediately for assistance or download
an information sheet below.

Always treat with caution. Most snakes are harmless but don’t find the exception the hard way!

If the snake is outside, not injured and not in any danger, then leave it be.
Otherwise contact NQ Wildlife Care on 0414 717 374 or Townsville Snake Catchers.

What are the main reasons for wildlife to come into care?

Life can be tough for wild animals in the wild. Many animals are injured by predators or starve to death and some young are abandoned by their parents. But for animals that live in urban and peri-urban areas there are additional dangers caused by human-made changes to the landscape. Each year NQWC takes in over 3,000 sick, injured and orphaned animals as a result of the following: 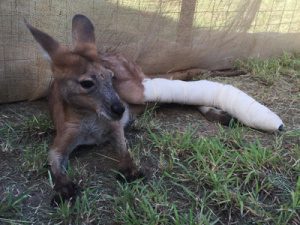 This affects many species, including wallabies, possums, birds, turtles and snakes. Most animals are hit by cars at night so it’s important to slow down after dark.

Domestic animals love chasing wildlife, but this game often results in dreadful injuries to animals. Wallabies are particularly at risk in semi-rural areas where irresponsible dog owners allow their animals to roam. In urban areas, it is cats that are the main predators of little birds.

Collisions with walls or windows

Birds (from finches to pelicans) and microbats fly fast and sometimes too fast to avoid hard structures. They may be lightly stunned or suffer severe head fracture. 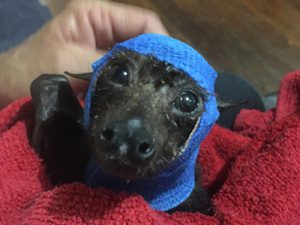 This affects mostly flying foxes but birds, wallabies and gliders are also known to get entangled in the ‘devil’s wire’. Injuries can be horrendous and, unless they are rescued, entangled animals suffer and die a miserable death.

This affects mostly flying foxes but large birds like pelicans can also be affected.

Tree clearing conducted for urban development as well as agricultural and industrial activities have a massive impact on animals. This leads to birds, bats and possums to lose their nests or hollows. Animals displaced by clearing often wander on the roads or in other animals’ territory and are more vulnerable to starvation and predation.

Poisons used routinely in the home such as cockroach bait, fly traps, snail bait and rat baits can be fatal to wildlife. Please use safe alternatives!

Many baby birds are collected by well-intentioned members of the public because they look vulnerable and cannot fly. However fledglings that are not injured should be left alone if their parents are around and feeding them. This is their best chance to grow up! 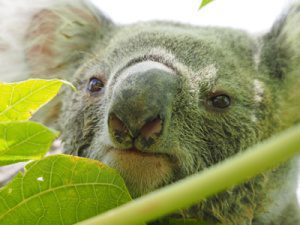 During droughts, floods, severe winds and cyclones, animals often come into care as they may have been displaced, blown off the nest or pushed out of their normal environment in search of supplementary food and struggle to adapt to the new environment.

Animals may come into care when they have been kicked out of their ‘home’ by members of the public who do not want to share their space with wildlife. Remember that you need a permit to relocate wildlife, including snakes, possums and microbats in the roof space.

Download our info sheet on handy hints for rescue